We are experienced Yoga and meditation retreat organizer in north India and we offer complete information about Yoga and Meditation retreat, provide safe and comfortable accommodation, transportation and local guides. During your north India Yoga and Meditation retreat you will explore amazing culture and heritage sites of north India, visiting forts, Palaces, ancient temples, practice yoga at the foothills of the Himalayas and Discover the most colorful cities in North India. We have helped already many tour operators, Yoga teachers, schools, group leaders, and visitors to organize their amazing retreat programs in North India: yoga, meditation, detox, healthy lifestyle, spirituality, coaching, Panchakarma, Ayurvedic Retreat, wellness oriented corporate convention or event, etc for individuals and groups. 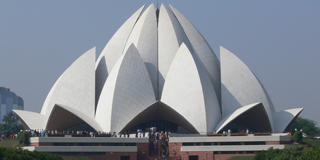 Delhi: is the Capital of India and stands out as one of the topattractions in the world. Just like Agra Taj Mahal it also renowned for its rich history, culture and architecture, the City attracts many visitors both local and foreign annually. Powerful rulers locally known as Maharajahs once ruled the region from this city which still remains a force to reckon with even today. Mentionable names include the Mughals, Khiljis and Tughlaqs.metropolis incorporates a 5000 years recent history. metropolis was the concentrate for the primary war of independence in 1857. The history of metropolis began with the creation of Indraprastha by the Pandavas.

Agra: Visit India's two UNESCO World heritage site – Taj Mahal Commissioned by Shahjahan, which is one of the seven wonders of world and Tomb of Itmad-Ud-Daulah, and Agra Fort, which was actually developed on Badalgarh Fort built by Raja Badal Singh and got significance as power center, when Mughal Emperor Akbar converted the same to Military Fort.

Puskar: is a town bordering the Thar Desert, in the north eastern Indian state of Rajasthan. It's set on Pushkar Lake, a sacred Hindu site with 52 ghats (stone staircases) where pilgrims bathe. The town has hundreds of temples, including 14th-century Jagatpita Brahma Mandir, dedicated to the god of creation, which has a distinctive red spire and walls inlaid with pilgrims’ silver coins. 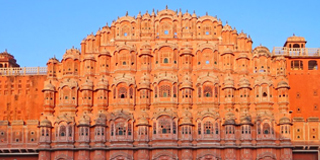 Jaipur: Also known as The Pink City of India, the Capital of Rajasthan. It was established in November 18, 1727 by Maharajjah Sawai Jai Sigh II and has maintained its status as one of the top attractions in India. It’s also prides on many landmarks, panoramic landscapes, ts historic royalty, vast culture, architectural grandeur and vibrant celebration of festivals, this city entices every bit of your soul with its awe-striking and magnificent beauty. The city with its beguiling splendor is a lure for all those who want to explore the diverse Indian history.

Varanasi: or Benaras, (also known as Kashi) is one of the oldest living cities in the world, and pilgrims come to the Ganges here to wash away sins in the sacred waters, to cremate their loved ones, or simply to die here, hoping for liberation from the cycle of rebirth. Along the city's winding streets are some 2,000 temples, including Kashi Vishwanath, the “Golden Temple,” dedicated to the Hindu god Shiva.

Dharamshala: Surrounded by cedar forests on the edge of the Himalayas, this hillside city is home to the Dalai Lama. The Thekchen Chöling Temple Complex is a spiritual center for Tibetan Buddhism, while the Library of Tibetan Works and Archives houses thousands of precious manuscripts. Dharamshala is considered to be one of the best places to learn and explore Buddhism and Tibetan Culture.

Amritsar: which means the Pool of Nectar and the home to the spectacular Golden Templeone of Sikhism's most spiritually significant and most-visited gurudwaras. The city is also known for its wooden chessboards and chess pieces manufacturing industry. the Golden Temple, also known as Harmandir Sahib, meaning "abode of God" or Darbār Sahib, meaning "exalted court", 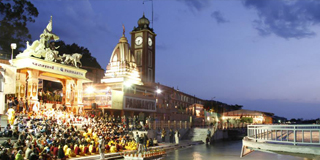 Rishikesh: The World Capital of Yoga located in the foothills of the Himalayas, it is known as the "Gateway to the Garhwal Himalayas" and pilgrimage town regarded as one of the holiest places to Hindus.Hindu sages and saints have visited Rishikesh since ancient times to meditate in search of higher knowledge. The sacred river Ganges flows through Rishikesh. Here the river leaves the Shivalik Hills in the Himalayas and flows into the plains of northern India. There are several ancient temples, along the banks of the Ganges in Rishikesh. Shatrughna Mandir, Bharat Mandir, Lakshman Mandir and Neelkanth Mahadev Temple (Lord Shiva Temple) are the ancient temples established by Adi Shankaracharya.

Haridwar: is an ancient city and important Hindu pilgrimage site in Uttarakhand state, where the River Ganges exits the Himalayan foothills. The largest of several sacred ghats (bathing steps), Har Ki Pauri hosts a nightly Ganga Aarti (river-worshipping ceremony) in which tiny flickering lamps are floated off the steps. Worshipers fill the city during major festivals including Kumbh Mela (festival) is organized every twelve years at the four sacred places where the drops from Kumbh were fallen. Kumbh Mela Haridwar one of the largest human congregations on the Earth.